About Us - Advisory Board 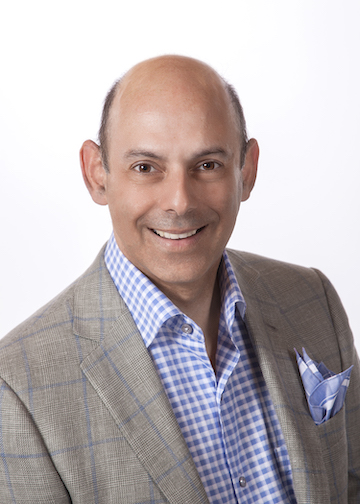 Born and raised in Toronto, Larry moved to Calgary with the Canadian Forces and remained there after completing his service. Having graduated from the University of Toronto, Faculty of Dentistry in 1987, he has practiced as a General Practice Dentist for more than 34 years. He is also is a graduate of the Orofacial Pain/TMJ dysfunction residency program at University of Kentucky, Lexington under Dr. Okeson, as well as a graduate of various post-graduate programs in orofacial pain, TMJ dysfunction and sports performance with Occlusion Connections (Dr. Clayton Chan), Las Vegas Institute, Spear Centre, Piper Education and Research Centre, Dr. Mariano Rocabado and many more.

A long time member of the Academy of Sports Dentistry, he has also worked collaboratively with the Human Performance Laboratory at the Department of Kinesiology, University of Calgary. He is working on opportunities to continue to do more research in sports performance and concussion mitigation and prevention (including CTE). Athletes that he has worked with and fitted with Agility Guards have won more than 10 Olympic medals including Gold in Summer and Winter Olympics. Larry has earned a Fellowship with the Academy of General Dentistry, has been honoured with 4 additional Fellowships in dentistry and is a current board member and past president of the Alpha Omega Foundation of Canada, a national charitable foundation in dentistry. 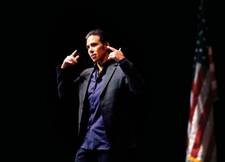 Apolo Anton Ohno began his short track career in 1995, and it took him less than two years to become the best short-track skater in the United States. At 14, after training under Pat Wetland in Lake Placid for just six months, Ohno claimed his first overall title at the U.S. Championships. Ohno's success made him a likely candidate to make the 1998 U.S. Olympic Team, but the American struggled with his fitness throughout the 1997-98 seasons and finished 16th at the Olympic Trials.

Apolo committed himself to making the 2002 Olympic squad, and by the 2000-01 seasons he was one of the world's best skaters. The Seattle native won the World Cup title in the 500m, 1000m, and 1500m en route to winning the overall crown, making him the first American to win a World Cup title at any distance.

Apolo's versatility has seen him win on the TV show Dancing With the Stars in 2007, write a book on his life. "Zero Regrets",  and start his own supplement business, 8Zone.

Dr. Farouk Mookadam  brings to the Advisory Board a strong background in basic sciences, biochemistry and molecular genetics. Dr. Mookadam is Professor of Medicine at a prestigious US medical school and a Cardiovascular Disease Physician at a renown institution. Professor Mookadam carries on continued research in areas that include pericardial disease, congestive heart failure, health research methodology, metabolic syndrome, sleep and the heart, obesity and the heart and myocardial mechanics as assessed by ultrasonography. He has published almost 100 broadly peer-reviewed articles and book chapters.

Graduated from Loma Linda University School of Dentistry. He then continued his cosmetic dental training and became a full-mouth graduate at Las Vegas Institute, Arrowhead International and Occlusion Connections. His comprehensive training in advanced neuromuscular dentistry, achieved by less than 1 % of all dentists in the United States, makes him part of an elite group of dentists.

As a result of Dr. Willardsen’s training and outstanding results, he has been invited to be the leading dentists on numerous television, news and talk shows. His knowledge and experience have allowed him to teach other dentists interested in the field of cosmetic dentistry. As well as writing articles for well-regarded dental publications, he has been featured and seen in popular magazines such as Cosmopolitan, Harpers Bazaar. Town & Country, Marie Claire, Redbook, Vegas, Aesthetic Dentistry, Dental Economics, Nevada Woman, Esteem, Item and others.His natural talent and ability to create beautiful smiles have made him popular with professional athletes, television hosts, newscasters, models, beauty pageant winners and many cosmetically-driven patients.

Dr. Willardsen is an experienced Action Sports participant, having entered several desert racing events and enjoyed his fair share of victories. Dr. WIllardsen is able to assist you in understanding how the AgilityGuard might address the needs of individuals who participate in various Action Sports.